Iloilo Science and Technology University (ISAT U) and seven State Universities and Colleges (SUCs) in Region VI compete in the 2016 State Colleges and Universities Athletic Association (SCUAA) Regional Games on December 19-22 at the Province of Aklan. The sports competition kicked off with a parade around the town of Kalibo on a lightly showered morning of December 19. The opening program followed at the ABL Sports Complex, Kalibo, Aklan and was attended by athletes, tournament officials, and university presidents and officers of member schools of the Philippine Association of State Universities and Colleges  (PASUC) VI. Local government leaders also  graced the event.

Through Atty. Sylvano Sarabia, Kalibo Mayor William S. Lachica sent a message that strongly encouraged the athletes to make the sports competition an opportunity and an experience to develop not only the physical capability but also the well-being of an individual. He further advised not to take losing as a bitter experience but a lesson to develop strength.

In his keynote address, Aklan Lone District Representative Carlito S. Marquez congratulated the PASUC VI for holding the regional sports competition. He emphasized that the sports event is a venue for equality between the rich and the poor. Congressman Marquez pointed out that most students in the State Colleges and Universities (SUCs) come from poor families. He, however, stressed that poverty is not a hindrance to excel. He exemplified himself and other achievers who defied poverty, never gave up and eventually achieved their goals.

Coaches, tournament officials and officers of different institutions of PASUC VI got a chance to   enjoy each others company on a solidarity meeting and a fellowship night on December 18  at the Aklan State University campus . 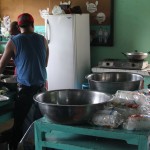 Kitchen personnel are preparing meals for the athletes and school officials. 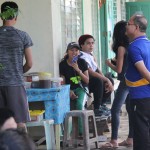 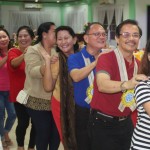 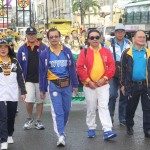 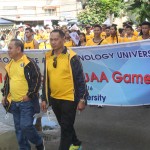 VP for Academic Affairs Dr. Manuel A. Sanchez, Jr. and Prof. Leomar de los Santos lead the ISAT U delegation during the parade. 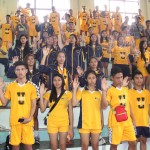 The athletes saying the Oath of Amateurism. 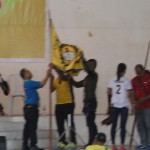 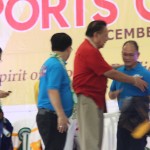 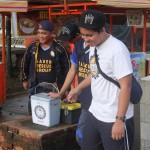 The ISAT U Savers Group on standby to assist in case of emergencies.