Cabanalan poses with his painting Genesis taken during the Awarding Ceremony and Exhibit Opening at the Le Pavilion, Pasay City last September 21, 2017.

Paul John C. Cabanalan, a 2015 BS Architecture graduate, calls for a double celebration for bagging the grand prize in the Acrylic/Oil Painting Category of the 2017 Metrobank Arts and Design Excellence (MADE) Competition and passing the June 2017 PRC Architect Licensure  Examination(ALE).

Cabanalan received a trophy designed by the 2009 Metrobank Prize for Achievement in Sculpture Awardee Mr. Noell El Farol and a 500 thousand pesos as prize for his entry “Genesis” during the Awarding Ceremony and Exhibit Opening at the Le Pavilion, Pasay city last September 21, 2017.  According to him, his drawing which he also calls “the origin,” was inspired by his experiences in his barangay – Bryg. Durog, Leon, Iloilo.

The son of a farmer and an OFW and the eldest among the four siblings, Paul John started his interest in drawing in his elementary days.

Persistence was the key to his achievements. “Obra lang nga obra (Be persistent), “ he said. He also advised aspiring artists to value research on their work and they should take it by heart.

Part of his blessings will be used to finance in a solo show he is planning to hold in Metro Manila and in helping local artist groups in Iloilo.

Over the last three decades, MADE has served as an avenue in discovering the greatness and talents of Filipinos in the art field, both locally and abroad.

Dr. Raul F. Muyong, ISAT U President, said  Cabanalan is now included in the list of outstanding Filipno artists and designers honored by Metrobank Foundation since 1984.  He also announced that an awarding ceremony to honor Cabanalan will be held after the flag ceremony on October 2, 2017 at the University  Multi-purpose Gym to inspire and make him proud of his roots. 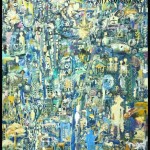 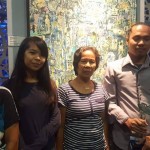 The proud family members of Paul John C. Cabanalan at the awarding ceremony 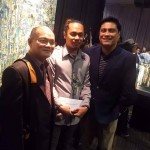 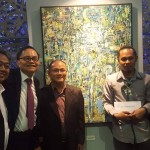 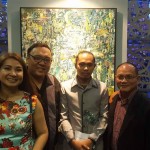 Congressman Harry Roque (second from left) with other members of Congress attends the awarding ceremony.